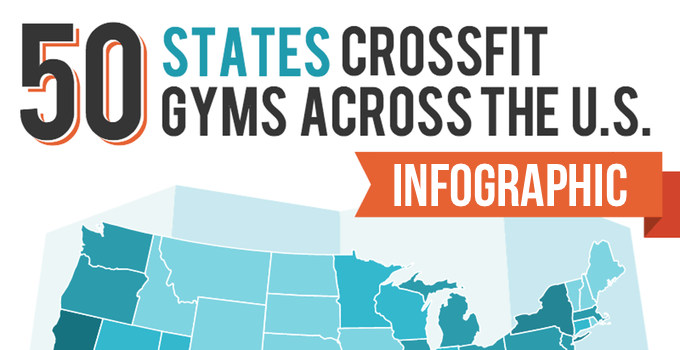 CrossFit is growing like wildfire. The explosive growth is a testament to both it’s effectiveness as a training methodology it’s and staying power as a business.

The very first CrossFit box opened in Santa Cruz, California in 2001. Last month, the 10,000th CrossFit gym was opened in London, England. CrossFit growth is a worldwide phenomenon that shows no signs of slowing down. If there isn’t an affiliate near you, there likely will be soon! By our estimates over 6000 CrossFit affiliates are located in the U.S. and more open every week. The infographic below displays the current number of CrossFit gyms in the U.S. state-by-state. (for Desktop/Laptop users: an interactive version is also available)
UPDATE: We also have an interactive version that shows per capita data