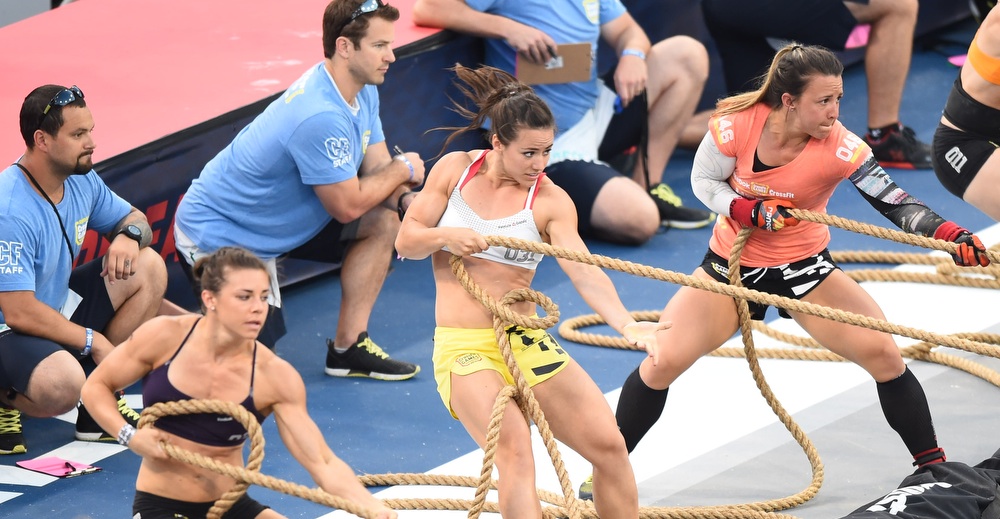 There’s no doubt in my mind that many of you have already seen ESPN’s “Outside the Lines” (OTL) segment on CrossFit.

The video questions the safety of CrossFit’s workouts and methodology. What did you think as you watched?

Maybe you had a similar response to mine…when I first watched it, I had a sort of knee-jerk response:

I slammed the segment.

-Why didn’t they interview Ogar? How biased!!!
-Why no positive, contrary opinions to their own conclusions? Where’s the so-called investigative reporting

I started to write a response article about Kevin Ogar. I wrote about the so-called need for quantitative, analytical research.

But then I read the actual article that accompanies the video clip (I know, huh!! Who reads these days!!!). Did you read it, yet? If you have a chance, you should really go back and read it.

Where was Kevin Ogar? He’s right there in the article. In his own words. Yeah, it’s buried within a story that perhaps only the small faithful will read, but it’s still there.

What about contrary opinions? They’re there as well, in the words of Lauren Jenai (CrossFit founder Glen Glassman’s ex-wife): “Contrary to a whole lot of bulls— out there, it’s really safe, […] It’s really hard to get hurt doing functional movements.”

And this is a bit unfortunate, because by and large most people (CrossFit proponent and critic alike) will only watch the video segment. And what will they see? The first images they will see are CrossFit athletes competing and doing what they do best: crossfitting! But then after that, things take an unfortunate turn as we are shown an image of Kevin Ogar attempting a snatch which, sadly, ended in a tragic accident leaving him paralyzed from the waist down.

The second image we come to is that of Brad Hawley, a CrossFit proponent, who was also badly injured during a WOD. We hear him in his own words. At that point concern, not only for his well-being, but also for what he’s saying rises.

So, the question we would like to answer here, is…

“Is CrossFit as unsafe as the video segment portrays it to be?”

To answer this question, we want to take a brief look at the interview with Brad Hawley and the two conclusions he came to regarding his training.

In the interview he states that he’s “going to get to 40, even if I have to do it one at a time.” He goes on and states that “failure at [T2B] is falling”

Did your ears perk up when hearing that? I know mine did…I wasn’t sure where he got that from. Was it from his coach, or was it from himself? We’re not quite sure, but we could counter that in fact…

Failure at T2B is not falling, but rather coming off the bar. The fact that he has this misunderstanding is somewhat alarming, and shows us that he may not be the best candidate to represent the sport of CrossFit and its possible safety concerns.

I have visited numerous CrossFit boxes across North America, and I’ve never heard any CrossFit coach give instruction that encouraged exercising to failure. Yes, it is true that there are some exercises, like push-ups or lunges, which are occasionally done “to failure” during a WOD; but that is far different than teaching someone to perform a gymnastics movement to failure, which, if improperly performed, can have serious serious repercussions.

2nd Conclusion – Theoretically, I did it right

In the time I have been enjoying CrossFit, one thing has been ingrained into me from day 1 by the various, certified coaches I have had the great pleasure to work with: Safety always comes first.

Whether I’m at my own box or dropping in, I have always had coaches who took the time to make sure I understood the movements for that day, and who even scaled me back when they saw that my form and technique were breaking down under the load.

Yes, we see Hawley and his coach right next to him (which is something the reporter makes sure to say during the interview segment), but what we don’t hear is what the coach may be saying to him. Could it be that he was instructed to stop, and didn’t listen? Well, he already stated earlier that he was going to hit 40 T2B no matter what. So it’s a possibility he may have disregarded his coaching. I know that I have done this many times…my pride gets the best of me, I want to keep pushing, and I over push it and end up in that danger zone. You know the one: technique is thrown out the door, form is breaking down, and now you’re just flailing around with the weights or on the rings. You know what my coaches say? They say, “STOP!” And to my chagrin, there have been times when I didn’t listen and paid the price (like the time I was doing one-legged box jumps for fun [I know…dumb!!], and ended up tearing my shin open to the bone. Were my coaches encouraging me to do this? Of course not. They told me to stop. And when they turned their backs I went for it anyway…and ended up on the floor).

Look folks, I’m not saying any one person is to blame in the unfortunate injury that Mr. Hawley sustained. But what I am saying is that there seems to be enough misunderstanding in this portion of the segment to question the legitimacy of the video segment’s conclusion.

From this simple, brief analysis of one aspect of the video, we can conclude that though CrossFit itself is safe when properly led by certified coaches (which is one thing that scares me about Hawley’s “going it alone” status at the end of his sequence), it can still be very dangerous when participants choose not to listen to their coaches.

People, the coaches are there for a reason! They are there to instruct, to encourage, and to stop. They are there to stop us when we foolishly try to go beyond our limits and push into that danger zone. Ultimately it’s up to YOU to listen to your coaches, learn the movements, and to use proper form & technique.

So, to answer the question: is CrossFit safe? The answer is up to you. Much like anything else: It is very safe when performed properly or very dangerous if performed improperly.

Like any other sport or activity you CAN get injured. In fact you can get injured leaving your house… driving to the gym… or twist your ankle getting out of the car. My point is, never let FEAR be the driving force behind your decisions (regarding CrossFit or anything else).

Let’s be safe. Let’s listen to those who are certified and who are there to help us. Let’s practice common sense (see our article on 5 Common Sense rules for staying injury free at the gym). And let’s find good Boxes that continue to teach and train people in the proper technique and form of CrossFit, which has been so very beneficial to so many different people.