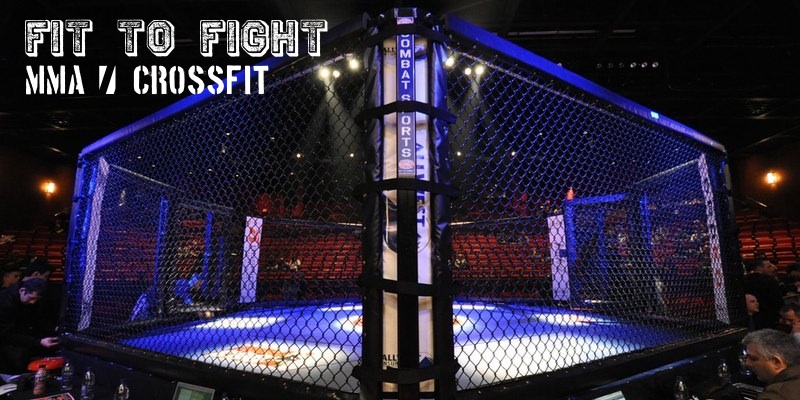 The ten second buzzer sounds and the timer’s light changes from green to yellow. My muscles burn fighting for wrist control and my body just wants to quit. On my back is a Muay Thai champion. Right at the buzzer he explodes and swings off my back, wrapping up an armbar too quickly and forcefully to defend.

I lay on my back groaning while my opponent – one of the sharks that swims around the local MMA gym – stretches and celebrates. I could blame the defeat on his youth, but the true culprit is a simple truth.

That was my first night back at the gym after a long layoff due to injury and other commitments. I had managed to maintain a reasonable level of aerobic endurance and maximal strength, as well as my spider-like flexibility and unique fighting style. I was even the more experienced grappler, but the other guy had one tool I couldn’t match – an endurance born out of high intensity training, specifically CrossFit.

Intense training in a program like CrossFit gives a fighter the engine and lungs they need to counter technique with force when necessary. Or, explode into an armbar in the dying seconds of a round. I already knew this, and yet I allowed my own WOD regimen to slide during my time away from the gym. Community is important for this type of training. It’s much harder to convince yourself to exercise to exhaustion over and over when there aren’t a dozen other people sweating along with you.

Such dynamic endurance training also builds great mental fortitude, which is absolutely necessary in Mixed Martial Arts. It hurts when you get hit. It hurts when you get taken down, even if it’s not a Daniel Cormier-style slam. It hurts to grapple whether you’re winning or losing… but such pain is just weakness leaving the body, and the initial discomfort of beginning a CrossFit regimen can be equally unpleasant. Once an athlete learns to overcome and enjoy these discomforts, they are free to compete with unbridled energy. Eventually the pain almost becomes pleasure, like an injection of adrenaline when you need it most.

After a few weeks of consistent MetCon and strength training, I was my old self again. It’s amazing what pushing yourself WOD after WOD can do in the span of a month. There’s a reason the WOD “Fight Gone Bad” sounds like it was named by fighter. It was! UFC Fighter B.J. Penn named the WOD after CrossFit founder Greg Glassman devised it to mimic the trials of an MMA fight. The number of rounds and timing are the same as going through an actual bout. Consistently preparing yourself to go all 3 rounds (or 5 rounds in a championship) leaves you plenty of fight in the tank. I’ve got my engine back and I’m keeping it that way.